She turned off the shower and sighed, considering her position. Certainly the money she’d made from articles to Apocalypse Archetype Magazine’s special Mesopotamian edition was almost gone; and, it would be another year before the next Mesopotamian edition. Maybe her friends were right: Maybe she should’ve learned to spot weld; then, at least she’d have work on a regular basis. She walked out of the bathroom with the smallest of towels and paused before her bedroom mirror. She let her towel fall to the floor and examined her body in more detail.

That strange man with the German accent that came by my apartment yesterday, she pondered, what was HE on about? She clenched her buttocks and looked at her naked body from the side. He certainly had a lot of questions about Mesopotamian Archetypes, ESPECIALLY the ones related to the apocalypse. Was she being drawn into something that was larger than herself? Something with global importance in which she was, somehow, an unwilling participant? She cupped one of her breasts and felt it respond. Henry touched me in this way.

It was only once though and an accident at that. Karen was sure that, if he hadn’t been brutally murdered, he’d have done it again and on purpose. She’d never know, of course, because he’d been cut down in the prime of his life. Assassinated with his tongue nailed to the front door. Later, of course, they had determined that Henry, himself, had nailed his tongue to the front door, accidentally, while building some bookshelves. He’d panicked and pulled away, leaving most of his tongue on the door. The assassin didn’t strike until moments later when Henry was searching for the hydrogen peroxide.

The coroner said that Henry had been stabbed to death, with a knife once commonly used in ancient Mesopotamia. They also said that, if he’d gotten to the hydrogen peroxide, he’d have survived the attack long enough to describe his killer to the police. As it was, with no leads, the police quickly gave up. Karen hired private detectives to investigate Henry’s death, but, the most that they would do is bring back photographs of Henry bowling naked. 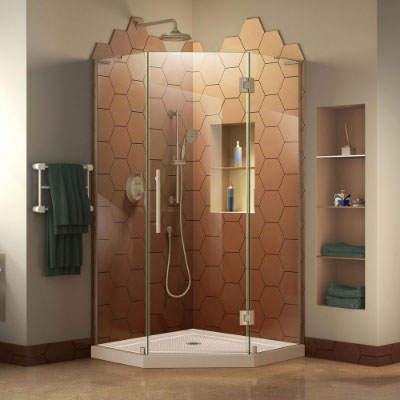 It was funny, Karen thought to herself as she stroked her left breast, how quickly they backed off…almost as if the police department had a budget and would have to make the decision to discontinue investigation into a crime that had little chance of being solved, to provide well-needed funds for cases that could be solved. Almost like that. Her last meeting with Captain Slaterack of the Milleville Police Department turned strained when she casually inquired as to “whose bitch the Captain was”. Slaterock responded by giving the woman an emery board and a copy of Cass Tamerline. One day she would see him put away. Bitter tears rolled down her cheek and onto her breast.

Still, you had to love a culture that can take a tough cut of meat, say, from a draft animal and turn it into a culinary delight. That’s what drew Karen in in the first place: Mesopotamian cooking! That’s actually where she’d met Henry for the first time. He’d stir-fried his hand and was being treated with aloe. It was a winter of romance and long walks through the snow-covered city streets. Henry was a loving and attentive man who would occasionally get his hand stuck in a mail box. They finally determined that it would be cheaper if they purchased a jaws of life themselves and kept it in the trunk of his car.

But, what did Henry do for a living? As a physicist/diplomat, it couldn’t have been very interesting; however, Karen wanted to know. Call it morbid curiosity. Whenever, she would ask Henry what he did for a living, he would change the subject for awhile, then, accidentally change it back. When this would happen, he would become confused and disoriented and get his ankle lodged in the p-trap under the sink. The only indication of what Henry did was his paychecks. Often there would be an entry in the notes section of the check like, “Great work, Hank” and “Thanks for designing a particle beam that can shoot down Chinese satellites”. Other than that, his life, when he left the house without her was a complete mystery.

Thinking of Henry and stroking her breast made Karen say. I don’t like this breast, anymore today, she thought, turning her attention to the one on the right side, I wonder what memories are on the other one…

7 thoughts on “The Moosehead Stratagem: Chapter One Part Three”