Chapter One: The Gathering Mountain Storm of Death

The bright white hallway seemed to stretch for an eternity. That was only an illusion, however. There was a mile between where the elevator opened and the office of Ahem. A mile with guards every one hundred and fifty feet. Each guard performed a series of identity validations more rigorous than the previous. Each guard had orders to shoot to death anyone who failed any of the identity tests and to maim anyone who just barely passed. These guards were a special group of men, top of their fields and with absolutely no family members to speak of. Any pets that they had before accepting a position at the installation were given away to good homes; subsequently, the new owners of their pets were killed, along with the pets. Each guard worked for a period of three months, at which point he was given a generous retirement package and then killed. All paper was shredded. All the shredders that had shredded the papers were destroyed at the end of each day. Once a month, they would send out a man to kill the people who manufactured the shredders; the assassins were killed after they had committed these murders. Even the air in the installation never was allowed to leave. It was stored until it could be broken down into its subatomic components, then, those components were shredded. Every day, the entire installation was scanned for bugs. Any bugs they found were shredded along with the scanner, the people that operated the scanner and a person chosen at random from an Abilene phone book.

Ahem walked past the first check point, a fingerprint scan. Carefully, he considered the guards. Each could be an imposter or a genuine guard, brainwashed. A million people wanted to know who he was: A man so secret, he had no name, he had no number, he was just a sound now…a bodily function, like his two peers: Brap and Ahchoo. No one knew who he was…even the president was ignorant of his existence. He worked for a group that was so powerful, at one of the group’s meetings, the president of the United States parked cars, while the Trilateral Commission ran the bar. To say that the group that Ahem worked for was powerful would be a grave understatement about the group. Anyone who stated that they were powerful without making the quote signs with their fingers, would be found, questioned and shredded.

The guard cleared his throat while waiting for the scan to complete. Ahem looked sharply at him. “Yes?”, he demanded.

The guard looked a little confused, “I was just clearing my throat, sir”, he stated. Ahem fixed the young ex-marine with a glare like a laser beam. Not just any laser beam, but a laser beam that had drunk a lot of coffee and was really irritable.

“We don’t clear our throats that way here”, the other guard interrupted. “We say, ‘Ack!’, when we clear our throats. We sneeze like ducks or geese. When we burp, we say, ‘pimento’ instead of, ‘brap’”, the man turned to Ahem, “He’s new here, sir”.

Ahem looked over the rookie but spoke to the other man. “If he wants to make it to retirement and shredding, he’d better watch his step”. The rookie nodded nervously.

“Your fingerprints match, sir”, the other guard stated with a salute. 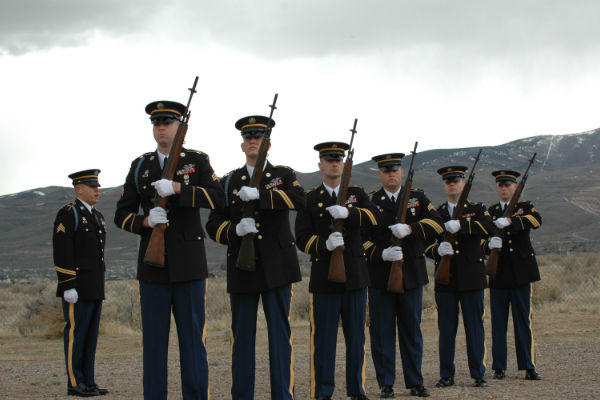 “Very good, soldier”, Ahem replied without looking at the man. Smartly, he turned and continued down the hall to the next checkpoint. Rookies. Shredding’s too good for them, he thought. Ahead was the retina scan, followed by a DNA check, a breathalyzer and a butt-sniffing from a specially trained Australian Shepard. After passing all of these identity tests, he entered his office. Waiting for him was Buck Justermanson. Buck had been with the organization for twelve years and had been shredded fifty times.

“It’s been a long time [ahem]”, he stood up to take Ahem’s hand; however, it was forbidden to touch hands with anyone on the off chance that someone might take his fingers. Realizing his faux pas, Buck changed his greeting to a hearty slap on the back.

“Must be important if they sent you”, Ahem remarked.

“I’ll say”, Buck replied, “Whadya gotta do to get some coffee around here?”

Ahem motioned to the coffee pot in the corner. “You’ll have to drink it straight from the pot. They shredded the Styrofoam cups”. Buck shrugged and picked up the coffee pot and sipped from it. After a few sips, he spoke.

“Dead?”, Ahem was shocked. He asked, “Were they shredded?”

“They were murdered”, Buck told him.

“Why would anyone murder them? If they’d just waited a few months, our draconian security requirements would’ve killed them”

Ahem scratched his head, “I’m not familiar with that bit of gobbley gook”

Buck pounded the desk with his fist, knocking a piece of it off. Ahem looked down and shrugged. It would be shredded at the end of the day, anyway. “Oskar Moosehead is the richest man in the world. So rich, in fact, that he owns all of the earth and everyone on it are just renting from him right now”

“Isn’t he the son of the famous SS colonel, Hans MussKopf, who eluded the authorities for forty years to die in the bedroom of his fabulous Argentinian estate?”

“And, Hans MussKopf left his son eighty million marks, on his death bed. Eventually, Oskar found the money that his father had left on the bed and, with it, proceeded to buy up the entire world, piece by piece. By 1997, the only thing he didn’t own was Wilmington, Delaware and he refused to buy it because someone had farted there one time”

“But, why”, Ahem asked, “did he kill our men? What threat are we to him? We are too busy shredding our own people to be a threat to anyone else”

“They knew too much”

Buck sighed, “They knew that Moosehead was about to foreclose on the entire world, causing all of its inhabitants to live thirty yards offshore”

“That would be up to some people’s waists”, Ahem exclaimed. “Wait a minute! Why did you tell me this? Now I know too much”

“And that is why”, Buck stated, “You have to stop him. Put your best man on him. Assassinate him if you can. Stop him somehow. He’ll try to have you killed in less than forty-eight hours”

“How did you arrive at that figure?”

“You have forty-seven hours”

Ahem picked up the phone, “I think that you’re just making up the part about the forty-eight hours”

“But, just to make sure-Hello? Someone get me Mike Wistersheshenham. He’s our only hope…”

15 thoughts on “Moosehead Stratagem Chapter One, Part One”