This is a text widget, which allows you to add text or HTML to your sidebar. You can use them to display text, links, images, HTML, or a combination of these. Edit them in the Widget section of the Customizer.
Posted on September 14, 2020September 14, 2020 by masercot 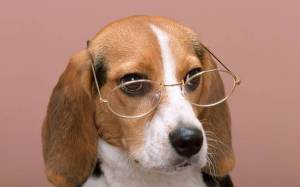 Despite my prohibition against pets, my son found a stray beatnik while playing with friends in a vacant lot a few blocks away. We kept him in the garage and nursed him back to health with cups of espresso; but, now that he’s better, he refuses to leave. He just lies on our couch listening to jazz music and reading Alan Ginsberg. And, he’s a bad influence on my son. I told my son to finish his oatmeal and he called me a “fascist”. Is there a beatnik spray I can use? Home Depot doesn’t seem to have anything.

Fascist in Fort Worth

I’ve heard people have some success placing saucers of cola mixed with vinegar around the area of infestation; but, the only fool-proof method of getting rid of beatniks is accordion music… even kills their eggs.

I tried the patch, nicotine gum and hypnosis but none of those seem to be an appropriate birthday gift for a two year old girl. I need to find SOMETHING because on her first birthday, I gave her a package of expanding bolts and she cried until she spit up; then, she wouldn’t talk to me or anyone else for six months. Any suggestions?

Toddlers are very particular but also have the shortest memories in the animal kingdom. You could cut off a toddler’s ear and, five minutes later, he would be calmly sticking his finger in the dog’s eye and giggling like an idiot. I recommend something bright and attention-grabbing like a disco-ball or a road-flare.

Friends told me I needed to be bolder in asking women out so I decided to go all or nothing and I asked out the prettiest girl in my class. My question to you is how long do I have to shower before I can get the smell of failure and rejection off of me? Asking for a friend.

Shot Down in Shelby County

No more than a weekend, alternating baths and showers. Half that if you use tomato juice.