This is a text widget, which allows you to add text or HTML to your sidebar. You can use them to display text, links, images, HTML, or a combination of these. Edit them in the Widget section of the Customizer.
Posted on January 28, 2021 by masercot

Besides being pelted with D-Cell batteries, nothing makes me madder than hearing an artist complain about how much they HATE their most popular work.

It’s ungrateful… biting the hand that feeds you and then nibbling at its wrists and elbows. It’s insulting: The artist is saying that the general public is too stupid to like something good… the very same public that made Blossom a hit television show, so he might have something on the ball. And, it is often career-killing… like when a comedian wants to direct… or, worse yet, wants to have her own morning talk show.

Clint Eastwood, for example, hates violence. I’ll pause a moment to let that sink in. Okay, close your mouth and let’s continue. He hates the very thing that made him a household name. He hates what still makes up the backbone of every movie he directs. The only role I’ve seen him play where he wasn’t committing continuous acts of violence was that episode of Mr. Ed where he played himself… and I strongly suspect that he was slapping the horse around between takes.

Robert Plant hated Stairway to Heaven. Even today, the song is as universally-loved as Robert Plant is ignored. It’s a long song and I’m sure he got tired of singing it. It isn’t as if the rest of us have to do the same thing over and over every single goddamned day until the sweet kiss of Death brushes against our ear and we fall face-first into the copy machine. Do I have an issue with a man who disagrees with hundreds of millions of music-lovers just because he wrote a song about Hobbits? POSSIBLY!

Stanley Kubrick hated Spartacus. I’ll pause to let that sink in, but don’t take too much time because you paused way too long over Clint Eastwood hating violence and I’ve got places to be. Spartacus was the movie that got Kubrick noticed… and not in the “why is a grown man hanging around a middle school?” sort of noticed. Speaking of that, Spartacus is the main reason Kubrick was allowed to direct Lolita. Jerry Lewis has already been lined up to direct but he had included too many pies in the face and spit-takes.

Franz Kafka was way ahead of the curve in hating his most popular works. He simply asked for it all to be destroyed after his death. Fortunately for high school students all around the world, Kafka’s friends ignored his wishes because, what was dead Kafka going to do? Create a video tape that kills you a week after you watch it? I’d like to see him try…

Nickolai Gogol destroyed the sequel to his most popular novel shortly before he died. I’d pause to let that sink in, but I have a bus to catch. The sequel to Dead Souls was mostly burned in the fireplace so that no one would ever read it; but, he couldn’t keep people from staring at the ashes.

Claude Monet HATED the series of paintings called, “Water Lilies”. This is odd, in my opinion, because Claude Monet should’ve hated ALL of his paintings. No one wants to see his cataract’s eye view of the world, despite what you told that coed. Am I saying Impressionists were total frauds? I am not AND I think Avril Lavigne is a GENIUS…

But, in truth, I understand. These people are artists. An artist that never matures and 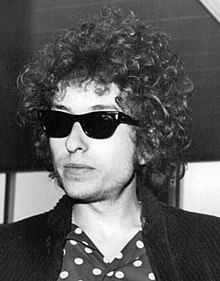 produces the same material over and over is actually just a manufacturer. Manufacturers don’t hate their most popular work; in fact, they probably are planning to put it on a t-shirt by late Spring. Real art is all about how the public reacts to the work of the artist. The artist must have contempt for his public or he won’t be motivated to try new things. As with Bob Dylan. He switched to electric guitar and his fans viciously attacked him; but, today more people know about Bob Dylan than any other mumbling eccentric old man, now that Marlon Brando is dead…

Watching an artist mature is painful, especially if you are watching from a hornets’ nest or train tracks. If they progress normally, they outgrow several generations of fans, sometimes even posthumously when some scholar suddenly “gets” them. They will outgrow you… like your children… That’s a perfect metaphor. They make you clay ash trays and macaroni art in elementary school; later, they switch to making bongs from recycled Evian bottles. You complain… “Where’s the dried macaroni; where’s the clay?” and they scoff because they were kids when they made those and they protest, “This bong is cool. Macaroni art? Are you crazy? What’s good about macaroni art?” And, you think for a while and then reply,

12 thoughts on “The Ingratitude of Artists”