This is a text widget, which allows you to add text or HTML to your sidebar. You can use them to display text, links, images, HTML, or a combination of these. Edit them in the Widget section of the Customizer.
Posted on July 12, 2021 by masercot

Being alone is a terrible thing.

I woke up with a headache this morning and there was no one next to me for me to refuse to have sex with. No one… nothing… just a wet spot that I’ve convinced myself was drool or a leak in the roof. Sometimes, I imagine that I’ve got a partner and the lonely part of my life is just a dream. Yesterday, I dreamed I was a butterfly. Today, am I a butterfly with a hot wife? I check my bathroom for comely women or swallowtail butterflies. I see what I think is the ugliest woman I have ever encountered; I panic until I realize I’m looking in the bathroom mirror…

I wasn’t always like this. I was married… twice. Early on, I courted a woman from one of the wealthiest families in the county. Her name was “Helen Coddlesopp” of the Nebraska Coddlesopps. Most of her family called me a “gold-digger” and a “fortune hunter” despite the fact that my miner’s helmet was simply a fashion choice. I wasn’t after her family’s money… although I wouldn’t turn it down if it was cheerfully offered. Helen was a little unstable, mind you; but, she could really light up a room because she was, in fact, an arsonist.

And, I wasn’t poor. I owned two hundred acres of prime farmland. Unfortunately, the land I 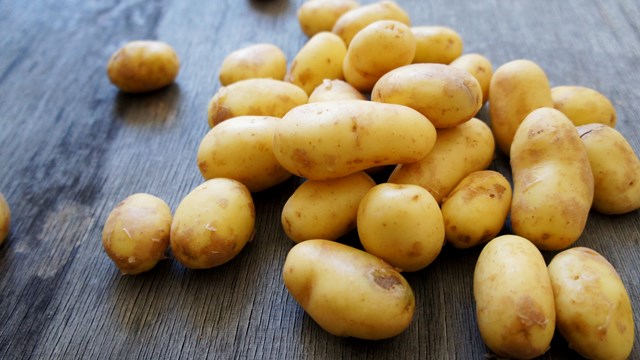 bought was six inches below someone else’s land. I was able to turn that to my advantage when the owner “upstairs” foolishly planted potatoes. He went bankrupt and I bought his land. Then, I turned that land into a theme cemetery, based on the Harry Potter series of books. It was a rousing success and an indictment of pop culture in general. Her family had to notice me after that because I was loaded.

The Coddlesopps insisted on a religious wedding. So, I attended dressed as Moses. My bride-to-be was dressed as a Gothic cathedral including tiny taffeta gargoyles. Helen wore white more for the irony than anything else. The best man, the maid of honor and the ring-bearer all dressed as members of a bridal party. It was a hoot. We honeymooned in Hawaii and Europe, concurrently. We came back invigorated and flush with the excitement of having watched Boris Johnson being trampled by a horse.

It was time to settle into marriage. I’d decided to provide for her the same domestic staff as she’d enjoyed in her family’s household; but, she’d never tell me exactly how many servants she’d had. Every morning, she’d wake up, wander downstairs, count the servants and then say, “Nope!” and run back up and watch Good Morning America. I later found out that the reason I couldn’t duplicate the number of servants she had once had was because it was a fraction.

From the very start, I had the impression that Helen was unhappy with her choices. Her nickname for me was “nice try”. She sighed so often the neighbors thought that I’d fixed 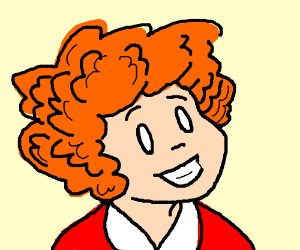 the house up with air brakes. She rolled her eyes so often that the servants called her “Little Orphan Annie”. All day long, lying on the day-bed, vaguely dissatisfied, my wife fell ill. The doctor recommended either a sea voyage or that she “stop being a total bitch”. It seemed the gloom would never leave our lives.

But, when all seemed lost, she gave birth to a son. I was in the delivery room when he was born… just not on the same day. Actually, she never told me she was pregnant, despite my puzzlement over her sudden weight gain and even more sudden weight loss. He was a beautiful baby, I was told… I meant to go see him but I put it off for a few days and one thing led to another and both of those things led to my forgetting he’d ever existed.

Eventually, like Madonna’s front teeth, Helen and I grew apart. “You’ve become distant”, she told me one night after counting the partial servants. I replied, “I can’t hear you. I’m in Nepal”. “Why shouldn’t I leave you right now?”, she demanded. “Because it’s raining and we’re having pie tomorrow for dessert”, I answered. “You don’t understand!”, she wailed. “What are you saying?”, I responded.

Soon, Helen started to go on mysterious outings. She told me it was so she could meet a “real man” but I assumed she’d started raising pigeons and was too embarrassed to tell

me. She’d come home looking flushed and happy so I assumed that, while she was tending her pigeons, Boris Johnson was run over by another horse. I hired a private detective, but even he couldn’t find the horse that ran over Boris Johnson. The detective mentioned that my wife was having an affair because he’d read an article about it in the New York Times.

It was time to confront my wife. There was a lot of yelling and crying… even more after my wife arrived. “Carm fol bok ray!”, I demanded. She acted as if she didn’t know what I was talking about. “Who is he?”, I shouted, “I’m going to make him wish he’d never been born”. My wife responded, “He’s a professional MMA fighter named ‘Ted’”. I interjected, “Well please don’t tell him I said that”, but in the angriest way possible.

One day, she left the house and never came back. She and Ted moved to Costa Rica where she became a “Round Girl” for his many MMA bouts. They were involved in a huge scandal when it turned out there had been three Round Twos in a row in a championship match Ted had arranged with an imaginary fight promoter that was also a talking bear. He might’ve been kicked in the head one too many times.

Helen had left me with my son. I left my son with a cousin or nephew or maybe he was the guy who cleaned out my gutters. I felt that my son would do better being raised in a household with a well-drained roof. Then, in a rage, I fired four and a third of my servants…

15 thoughts on “Something I’m Working on”