This is a text widget, which allows you to add text or HTML to your sidebar. You can use them to display text, links, images, HTML, or a combination of these. Edit them in the Widget section of the Customizer.
Posted on April 26, 2022 by masercot 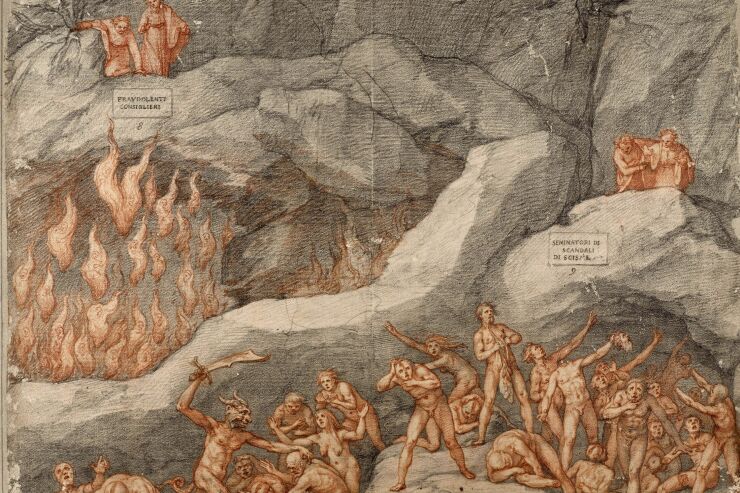 The Book of Everything and Naming the Beasts

“That book you packed”

“That book”, the Poet said, stopping, “Is reference material”

The Poet began walking again, “More general than that”, he said, not turning around.

I involuntarily scoffed, “Everything?”

The Poet turned and locked eyes with me, “Everything”.

I stopped and even backed up a few steps, “Look, I believe you are a poet who lives in the woods and I’m pretty sure you are taking me to Hell for a visit; but, I’ll never believe that book in your backpack contains all the wisdom on every topic ever made”

The Poet opened his backpack and took out the book. It looked even thinner than it had when he packed it. “Ask it anything”, he said.

“Okay”, I said, “How do you kill a vampire?” The Poet opened the book… seemingly at random. He read,

Trick the vampire into walking out into the daylight. How? Try setting its watch back six hours.

I was speechless. The Poet continued reading:

Holy water can kill a vampire. If you are being attacked by one and don’t have any holy water on you, try rubbing the vampire with the forehead of a newly christened baby.

“This is ridiculous!”, I exclaimed, “There’s no such thing as vampires”

“Then, don’t tease the book”, The Poet started to put it back into his backpack but then thought better of it. “You take it. It’s meant to help you, after all”. I took the book and hefted it. It seemed to have fewer than two hundred pages. I felt I was being made a fool of.

“And, that wasn’t just a mountain lion stalking you”, the Poet said. “You saw the Lion of Violence and Ambition”

“Aren’t all lions kind of violent?”

“Yes”, replied the Poet, “But, how many stab their fellow lions in the back to get a promotion?”

“And, also lurking in the dark wood was the Leopard of Malice and Fraud”

“Yes, but this leopard bilked investors out of five million dollars in a hedge fund pyramid scheme”

I replied, “You’d think investigators would’ve spotted him right away”

The Poet threw up his hands, “Hey! Save those bad jokes for Hell”

“The third creature was the She-Wolf of Incontinence. The less said about her, the better”

“Agreed”, I answered. I looked at the book and asked, “How do you kill vampires?” Opening it, I saw letters swirl and form themselves into words and then sentences and then paragraphs. It read,

Cut off the head and stuff the mouth with garlic. Resist the urge to put the head into a 350 degree oven with potatoes.

This was a waste of time. So, I asked the book about fraud. It replied,

Fraud is playing pretend so well that people end up giving you all of their money. If no money is exchanged, it isn’t fraud anymore… it’s just a practical joke. Fraudsters have to convince you that they are something that they are not; and, they also have to convince you that you are smarter than you look. Billions of dollars are lost to fraud each year; well, it isn’t lost. It’s just that someone else is spending it. Fraud usually relies on human greed which, if it isn’t infinite, could at least fill a washtub.

I put the book into my backpack and we started walking again. “I wrote a poem about fraud”, said the Poet.

If someone has the propensity

To steal my idensity

I’d be horrified to see,

him doing a better job as I than me.

The Poet listened and thought. “Say”, he finally said, “That’s not bad!”

“It is going to be a PLEASURE navigating Hell with you”, gushed the poet, “Not like that last guy”

“You led someone else through Hell?” “Some television comedian from a sketch show. Scared him so much he was no longer funny afterwards”

“So, it killed his career?”

The Poet coughed wetly then laughed dryly, “No. He’s even more popular now that he ISN’T funny. Because when you make a movie as a comedy and it isn’t funny at all… you’ve got–”

“Exactly! He’s still got marks on his leg where Hitler bit him”

“So”, I asked, “I can be physically hurt in my trip through Hell?”

The Poet gestured towards a dark spot in the cliff face in front of us. “Let’s find out, together, shall we?”