This is a text widget, which allows you to add text or HTML to your sidebar. You can use them to display text, links, images, HTML, or a combination of these. Edit them in the Widget section of the Customizer.
Posted on December 21, 2022 by masercot 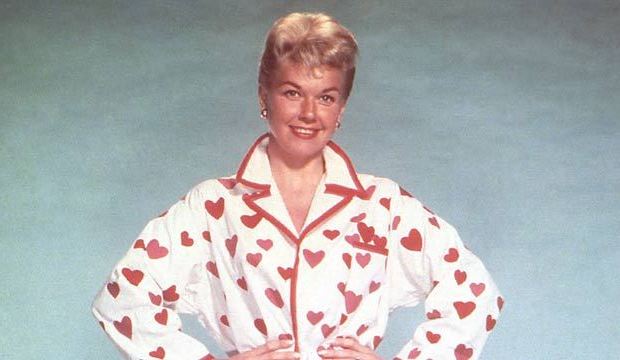 There are a lot of great actresses out there; but, few of them made a career out of basically playing themselves in each movie. Even fewer quit the acting business entirely to live in seclusion and raise dogs. And, none of them went on to poison the reservoir of a large city in an act of vengeance for a parking ticket. Clint Eastwood came close, but abandoned the idea when he was told it might hurt his chances to make Escape from Alacatraz.

Doris Day was born April 3rd, 1922 as Doris Kappelhoff because, of course she was. Her parents were Alma and William Kappelhoff although I think anyone would’ve taken if job if it were offered. Born in the wilds of Cincinnati, Ohio, Doris found that she could sing while she was laid up from a car accident and forced to sit with the radio for months. Eight months of voice lessons later, and, she was singing on the radio. That may seem impressive, but you have to remember that there were fewer people back then and way more radios.

She changed her name to “Day” at this point, because Kappelhoff sounded too much like a German cookie. She sang for two years on Bob Hope’s radio show with Les Brown (and his band of renown). You can see Les Brown in the movie, The Nutty Professor. Day’s first major role in a motion picture was in Romance on the High Seas, a movie that could’ve benefited dearly from pirates. Doris Day sang the song, It’s Magic, which became a top ten hit, which was a shame because many people only listened to the first nine.

Thus followed a string of what I like to call, “Old Doris Day movies”. She was young,

pretty and had a great voice so most of her movies revolved around show business situations. She made five movies in 1951, so she was either very popular or very forgettable. Slowly, Doris moved into more dramatic roles, proving once and for all to the movie-going public that they didn’t want to see her in dramatic roles. She even starred in an Alfred Hitchcock movie: The Man Who Knew Too Much. It was on the set of this movie that she began her life long crusade of advocating for animals. She refused to work until the animals were fed, watered and housed properly. Apparently, the animals were being treated almost as badly as the actors…

In 1959, Doris Day was in her late thirties so she went from serious movies and musicals to sex comedies. Kind of the reverse of how they normally cast actresses; but, poll after poll taken of movie-going men gave the same response: “I’d hit that and take it to Bermuda afterwards”. She costarred with the most popular leading men of the time like James Garner, Rock Hudson, Rod Taylor and Cary Grant. The movies were about sex but there was no actual sex, a lot like the Three’s Company television series. The theme of most of these movies was “women with careers should stop doing that”.

She finalized her resume with a television series (The Doris Day Show…the part she was born to play…). After the series, she completely retired from acting to raise great herds of dogs. I remember the subtle implications from the National Enquirer that she was a bitter recluse (yes, I was lower middle class and lived in the deep south so the National Enquirer was mandatory reading). Problem is, ANY photograph of ANY person getting their paper or checking their mail makes them look like a bitter recluse.

Her sentimental journey ended in 2019…