This is a text widget, which allows you to add text or HTML to your sidebar. You can use them to display text, links, images, HTML, or a combination of these. Edit them in the Widget section of the Customizer.
Posted on January 24, 2020January 24, 2020 by masercot

A coworker I am fond of told me that she was having surgery, the next day.  I didn’t ask any questions about it… not because I am an unfeeling sociopath (the usual reason), but because the probable answer was “vagina”.

Yeah, it’s a jarring word.  Men don’t like hearing it and women don’t like saying it to them.  But, ask a man what his surgery is and ninety-five percent of the time the answer does NOT involve his genitals.  The surgeon may have to go IN through his genitals and

that is no picnic; ask a woman, on the other hand, what her surgery is and ninety-five percent of the time it is her vagina.  So, either she tells the truth because truth is good, will set you free, is out there and has something to do with Grecian urns; or, she lies, we all breathe a sigh of relief and we can go on with our lives.

I have a theory that my mother has NEVER had a gall bladder nor a spleen removed.  She just felt uncomfortable saying the word “vagina” over the phone and across state lines.  I think at one point in our history, that was a federal crime and also something people did on a Saturday night when the fireflies weren’t out. 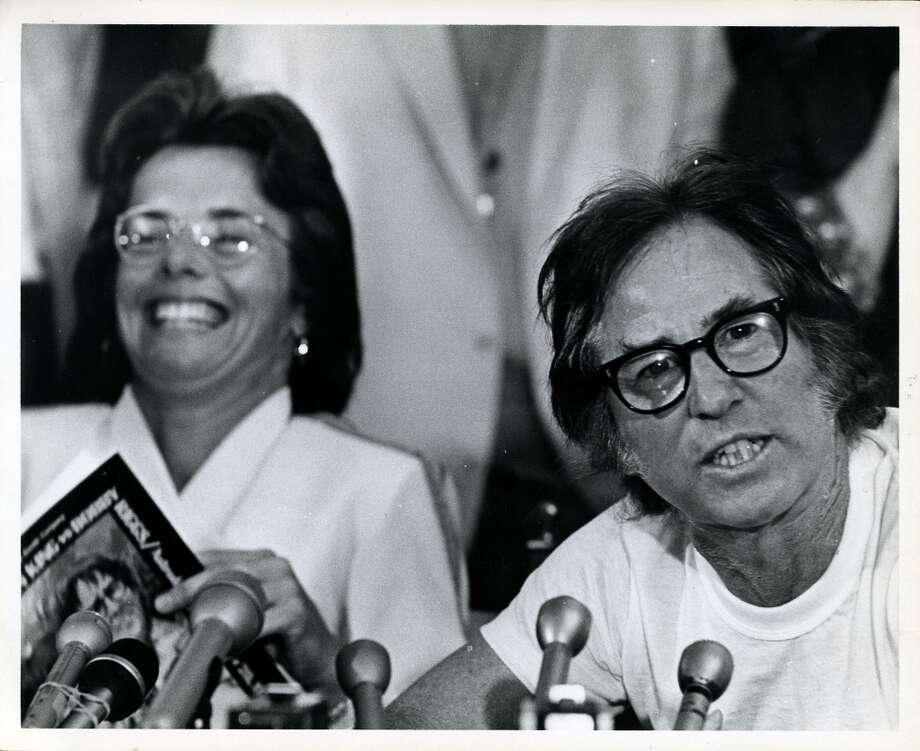 Billie Jean King and Bobby Riggs in 1973.  Riggs was a vocal male chauvinist and King was a feminist.  The only common ground they shared was that oxygen was a good thing and that Miller Lite tasted great and was less filling (Come to think of it, that last one was probably a paid endorsement).  Anyway, Riggs “triggered” Ms. King by “trolling” about the inferiority of women.  They didn’t use the term “trolling” back in the seventies; but, the phrase “being an asshole” usually sufficed.  King beat Riggs in straight sets despite her being a lesbian.

Well, at that point, the heavens opened up and God herself came down and passed the Equal Rights Amendment.  Just kidding… after over forty years, the amendment has yet to pass.  But, not because men don’t want women to have equal rights.  It goes far deeper than that:  Unisex bathrooms.

That’s right.  Some of the greatest legal minds of our time took a nap while idiots determined, and wanted you to panic about, men and women forced to use the same restrooms.  It’s a ridiculous fear but, as a man, I think it would be an improvement.  Women’s bathrooms are cleaner, smell better and often have a sofa or loveseat.  If men and women shared bathrooms, women would have to go out to the parking lot to talk to their friends about us.  If you were dating a woman and having a delightful conversation, you could continue the conversation in the bathroom… maybe even stall to stall if it is a Mexican restaurant…  It’s an intimacy I’m ready for… eager for… to ask my date, frankly and sincerely,

“So, what kind of surgery ARE your having?”…