This is a text widget, which allows you to add text or HTML to your sidebar. You can use them to display text, links, images, HTML, or a combination of these. Edit them in the Widget section of the Customizer.
Posted on December 17, 2021 by masercot

I’m still only in Saigon… Every time I wake up, I think I’m gonna wake up back in the jungle… maybe with pants… maybe without.

There’s a bowl of rice congee in front of me, with squid and peanuts. It looks and tastes like something a whale coughed up. But, I eat it anyway because I need to be strong. Because the Viet Cong are out there… the V. C…. Victor Charlie… Charlie. Sadly, my name is “Charlie”, too; so, I’ve had some trouble with friendly fire. But, I’m tough. I’m the guy they call when there’s no one else to take out the enemy… mostly because they’ve taken vacation or are busy killing other enemies or waking up in the jungle without pants. I need to stay strong and focused and—oh look! A squirrel!

I’m growing concerned. Every minute I stay in this room, I get weaker, except those minutes I’m doing push-ups; and, every minute Charlie squats in the bush, he gets stronger. Apparently, bush-squats firm up the entire core and the quadriceps.

There’s a spider in my congee. I eat it because it might belong there and I don’t want to look stupid.

When you first start the killing, you hate the enemy; but, after awhile, you

respect him; then, even admire him. Finally, you fall in love and are children far off? After that, you just start fighting more than you should until you catch him in bed with ski instructor; after that, you hate the enemy again.

All this killing has taken its toll on me: When I close my eyes in bed at night, I can see the faces of every person I ever killed; when that’s over, I see the faces of every person who ever sold me a garlic press. Sometimes, after that, there might be a Tom and Jerry cartoon or something. Killing, in most religions, is the biggest sin you can commit except for crushing someone under a big box of pornography during the Sabbath.

One of my assignments was three thousand yards out. They tell me that only three people in the world could’ve made that shot; and, I’d like to shake their hands because I missed by a LOT. Some say I didn’t take into account the curvature of the Earth; others say I was pointing my gun at the wrong place. Regardless, I was feared by the enemy because I was unconventional. I even replaced my telescopic sights with a kaleidoscope. It made it harder to kill but when I did the effect was SPECTACULAR.

I put down my congee. It occurs to me that I might’ve accidentally grabbed a spittoon. Maybe I’ll just get a donut while I’m in the jungle…

Like many soldiers, I’ve developed a problem with drugs… mostly finding them. 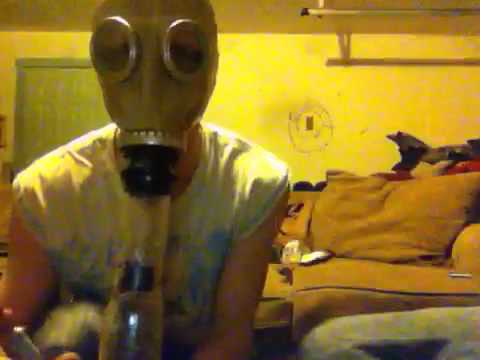 It’s difficult at first because you don’t know which drugs to take and which to avoid. For example: When you are out stalking the enemy and you need every sense to be razor sharp, you probably don’t want to huff glue. I did once, and still managed to kill the enemy, but I found out that the enemy, in this case, was a cigarette machine at the PX. Eventually, I switched to heroin and hash because the cigarette machine recommended them to me before I shot it. The great thing about heroin is the fact that, if you haven’t taken it for several hours, it reminds you with flu-like symptoms and horrible cramps. This eliminates the need to remind yourself to take it by writing it on the calendar. Heroin is medicinal: It alleviates symptoms from many ailments but what it is best at relieving are those symptoms associated with heroin addiction. As far as that goes, it is a miracle drug.

I take one last look at the bowl of mucus-like rice porridge; then, I ready my weapon: An M45 semiautomatic with a hair trigger, muzzle suppressor, telescopic sight, two bedrooms, one and a half bathrooms and a den that can also be used as a nursery. War, when all is said and done, is Hell…