This is a text widget, which allows you to add text or HTML to your sidebar. You can use them to display text, links, images, HTML, or a combination of these. Edit them in the Widget section of the Customizer.
Posted on July 7, 2022 by masercot 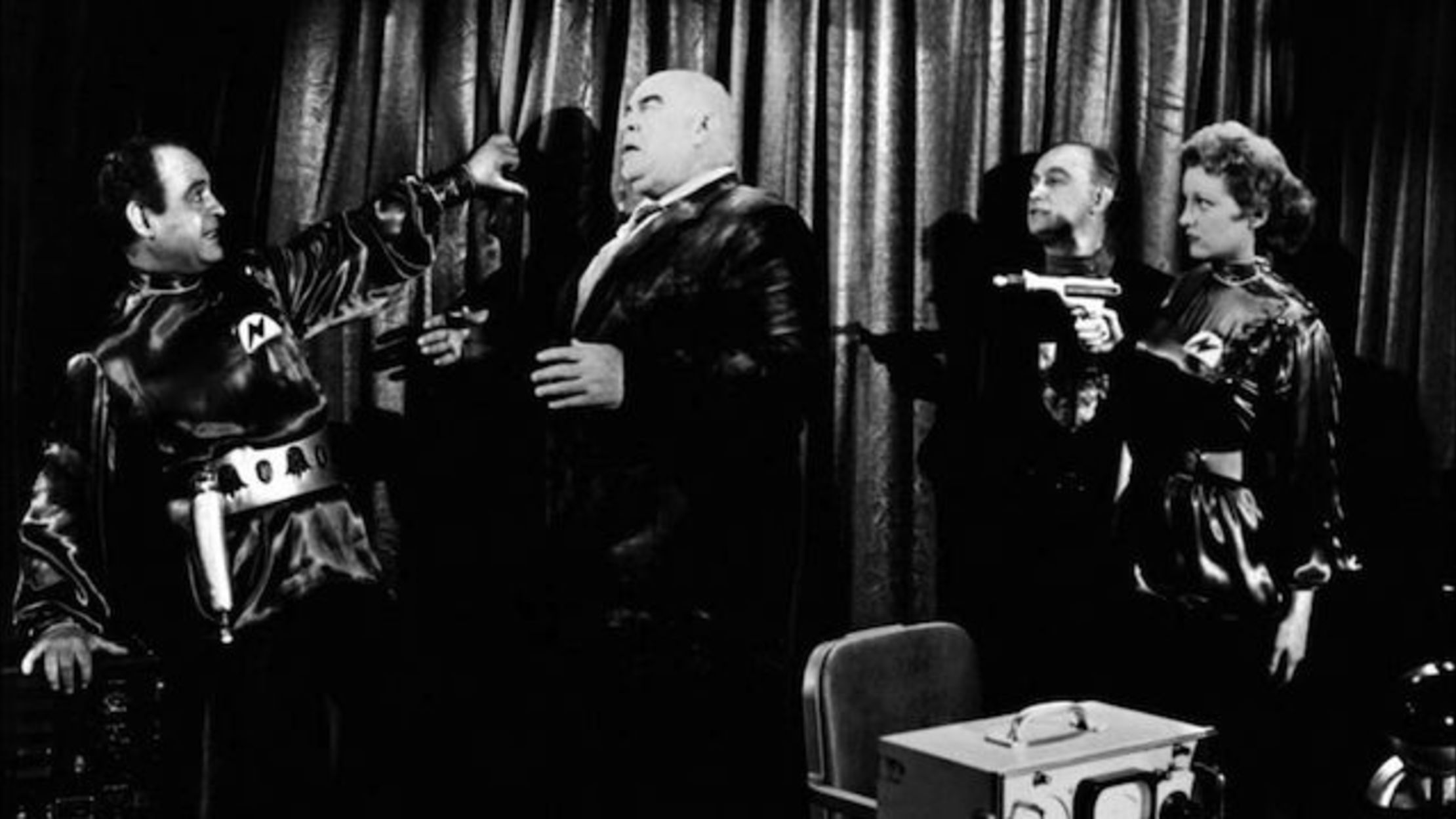 Star of the movie, Gregory Walcott, told director Ed Wood that his script was the worst he’d ever read; but, that was only because the script to Rocky V had yet to be written.

Wrestler Tor Johnson was allergic to the makeup so his facial scar was moved every day. To keep people from noticing, they modified the script and sets to make them so bad, no on noticed the moving scar.

John Breckinridge, in his only movie role, plays “Ruler”, the leader of the aliens. John was also the namesake of the title character in Myra Breckinridge… also considered one of the worst movies ever made; so, he’s a DOUBLE THREAT!

After Lugosi died, he was replaced by Tom Mason who kept a cape over most of his face during filming. The fact that he was younger than Lugosi, six inches taller and had a totally different hairstyle might have killed the illusion that it was Lugosi, but it distracted from Tor Johnson’s roaming facial scar.

Bela Lugosi was more than just Dracula. He was in dozens of movies in the thirties, forties and fifties. So, when he portrayed an old man turning into a zombie in Plan 9, of COURSE he wore a Dracula cape; in fact, Lugosi brought his own Dracula cape from home.

The makeup artist refused to have his name put into the credits. Yes, Harry Thomas, make up director in movies such as Jailbait, Killers from Space, Superman and the Mole-Men and the nudie flick House on Bare Mountain had his standards…

Maila Nurmi, who played a vampire-like ghoul in the movie, put her makeup on at home and then took the bus to the studio. If she tried that today, she’d just blend in with the meth-heads on the bus.