This is a text widget, which allows you to add text or HTML to your sidebar. You can use them to display text, links, images, HTML, or a combination of these. Edit them in the Widget section of the Customizer.
Posted on March 20, 2019March 20, 2019 by masercot “What makes you so important”, Mike Wistershenshenham asked, as he followed Karen through the duct, “That they’d send me to protect you?”

Karen glanced over her shoulder briefly and asked, “What makes you so unimportant that you’d be expected to risk your life for mine?”

“Actually”, Mike responded, “I’ve never been asked to protect anyone. I’m a killer” He expected Karen to balk at this statement; however, Karen simply kicked him in the face with a bare foot and continued on.

“Careful here”, she stated, “It’s kind of weak here” She moved her knees out so that they were up against the corners of the duct and crawled over a diffuser. Mike did the same. “It’s hard to say why they want me”, Karen said, “I’m an expert on so many subjects”

“Do tell”, Mike responded sarcastically, shining a tiny flashlight down the duct.

“I have twelve advanced degrees: Master’s Degrees in Darwinian Solids, Ecosystems of Downed Trees, Shakespearean Physiology, The Mathematics of Candle-making,

Philosophical Works of David Duke, Fictional Albinos and The Politics of Box Turtles. I have PhDs in Physics of the Hyperspherical Lute, Mesapotamian Apocolypse Archtypes, The Legal History of Witch Dunking, Bison Probate Law, Crow Indians v. Indian Crows and The Physiological Effects of Beer…although that last one might have just been a Christmas party”

Karen adjusted her outfit without breaking pace. “I don’t have any undergraduate degrees”, she continued, “I CLEPed out of every single undergrad course”

“You must’ve gone to some finishing school”

Mike shone the flashlight ahead. “We’re gonna have a choice in a second. Left or right?”

Karen coughed. “Maybe the dust will kill me before we have to make a choice”

“Go back the way you came in”, Karen told him.

“I never”, Mike stated, “Go where I’ve already been”

Karen stopped and turned around. “What?”, she demanded.

“I never cross my own path…ever. It’s not irrational. It’s just the way I choose to live my life”

“What about your front door?”

“I never sleep in the same place twice. If we hit a dead end up ahead, I’ll be forced to use explosives to get out rather than turn around”

“What happened to all the well-adjusted agents?”, Karen asked.

“Those backtracking losers? What do you want with them?”

“Never mind”, Karen said, as she started crawling again. Mike followed behind her. When they got to the ‘tee’ in the duct, Mike shone his light in both directions.

“I guess we go right”, Mike stated. Karen moved to the left.

Mike moved ahead of Karen and started crawling. “So you were homeschooled, eh?”

“No”, Karen answered, “My dad was an anthropologist. He took me all over the world. He’d heard stories about how children could be educated by simply spending time with their children, so, he kept me locked up in our hotel room, mostly”

“There’s a jagged piece here”, Mike told her. Karen cautiously moved over it. 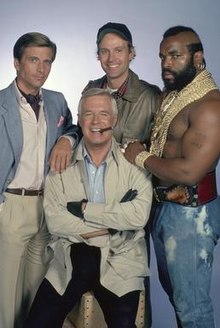 “So, I started watching television overseas…mostly the A-team. The dialog seldom changes from episode to episode, so I began to learn how to say things like ‘Get back, fool!’ and ‘I love it when a plan comes together’ in Arabic, Farsi, French, Greek, Turkish and Mandarin. Imagine the thrill of being able to communicate with a fool from another culture who wouldn’t get back”

“Why didn’t you simply learn how to kill them? Everyone speaks the language of murder”

Karen snorted, “I don’t walk around with a license to kill”

“Neither did I”, Mike stated, “I had to start with a learner’s permit then work my way up”

“You really have a license to kill?”, Karen asked. Mike stopped crawling. He fished around in his back pocket until he retrieved a laminated card. He gave this card to Karen.

“The written test is a bitch”

Karen examined the card: It had Mike’s photograph and ID number. “Hey!”, she exclaimed, “This is expired”

“Give me that!”, Mike grabbed the card from her. “Jesus!”, he interjected, “I could get into real trouble”

“Have you killed anyone since April third?”

Karen nodded. “Then, yes”, Mike answered, “I have”. He looked over the card again as if flipping it over a few times would change the expiration date. Then, he put it into his pocket and crawled. “I’ll have to take that goddamned eye exam again”

“I think I see light up ahead”, Karen announced. A dim glow came from around the corner. “Do you think we’re at the first floor?”

Mike shrugged. He was still thinking about taking his kill exam. He’d nearly flunked his first one. His road test consisted of walking out to the road and killing someone.

“It’s the parking garage”, Karen called out, “We can get to my car from here”

Mike moved swiftly to the grate and knocked a hole in the duct with a deft kick. Karen jumped out. Mike stayed still.

Karen yelled so loudly that her voice echoed off of the walls of the floor beneath her, “Why the hell not?”

“I’VE ALREADY BEEN HERE ONCE!”

“I walked right under this very duct. If I step down, I’ll be crossing my own path”

Karen crossed her arms in front of her chest. “I don’t believe this”, she announced. Mike either didn’t hear her or didn’t react to what she had said. He was scanning the garage, calculating.

She pointed to the corner. “The white one”

Mike slid out of the duct just enough to grab onto a sprinkler line. “I’ll simply crawl along the ceiling to your car”, he said.

Karen rolled her eyes, “That’s much better than being sane”

The two started walking the fifty or so feet to Karen’s two-seater. As they came to the last row of cars, a resident turned the corner.

“Karen!”, a middle-aged man said, “I almost didn’t recognize you with dry hair”

“Karen, how are things…how’s your father?”, the man asked. Suddenly, he noticed Mike on the ceiling, hanging by an insulated two-foot cold water pipe. “Do you know that guy?”, Lubermann asked.

Lubermann looked up skeptically. Mike nodded and tried to make a noise like a sloth. Lubermann paused for a moment, then walked past them. “Have a nice day, Karen”, he said, touching his hat, “…Mr. Sloth”.

After the man had left the garage, Mike started moving. Too much time had been wasted. He moved like a bug to the area above Karen’s car, then fell gently to its roof, cracking her windshield. “You drive”, he said, “I don’t have a license to drive” 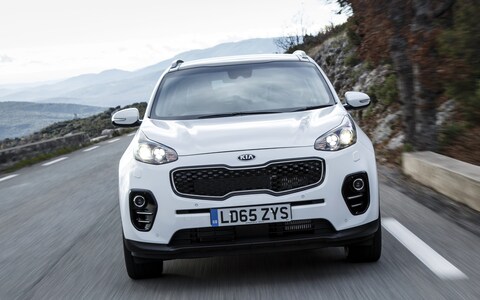