This is a text widget, which allows you to add text or HTML to your sidebar. You can use them to display text, links, images, HTML, or a combination of these. Edit them in the Widget section of the Customizer.
Posted on March 21, 2019March 21, 2019 by masercot

Buck paced in his office. What did Ahem know? Was he onto his treachery? Maybe he shouldn’t have made a cutting motion across his throat as they were saying goodbye. Maybe he shouldn’t have sent out Christmas card photographs of himself sitting on top of a gigantic pile of money. He often found himself laughing diabolically for no good reason, rubbing his hands together and glancing from side to side. That had certainly made those around him nervous…especially when he did it at his brother’s funeral.

Buck Justermanson thought back to the days before he was corrupt, when it was his job to find traitors. You looked for subtle things like, when you said “good morning” to someone and they answered back, “I would never betray this organization”; or, perhaps they would spend their summer vacation in Cuba; or, they’d start taking work home with them…OTHER people’s work. Sometimes the signs were even more subtle…

He’d only been in touch with the Moosehead three times: Once on the phone and twice at a waterfront bar where transvestites fought each other with claw hammers. He was sure that he hadn’t been followed because he had switched cabs twice, then swam across the Ohio River. But, surveillance wasn’t the only way to smoke out a rat. 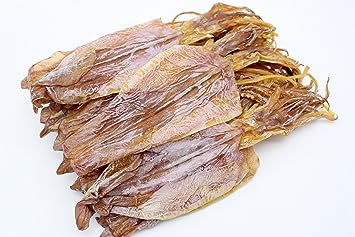 Buck sat down to think. If Ahem suspected him, he kept it to himself. No one had been acting any differently towards him…except for the cashier in the cafeteria. She had started overcharging him for his lunches. Occasionally, she would give him change in dried squid instead of currency. Fortunately, she also took dried squid as payment, so it all evened out after a while. It was unnerving carrying the stuff around. When he was outside the building, he was always surrounded by cats.

But, what could Ahem know? He’d been sharp in his early days, but lately the man had been slipping into a mild dementia. Even though he had moved years ago, occasionally he would go to his old address and sleep there, even though the house had long since been sold, bulldozed and replaced with a Dairy Queen. When it happened, the aging spymaster would come in the next day smelling of Buster Bars and Country Baskets. I love the smell of dip cones in the morning, he once confided in Buck, it smells like Victor’s knee…

But, the man was still mostly on the ball. He had broken up a cell of Iraqi terrorists just two days after he was informed of the existence of Iraq. He had cut the agency’s budget by half simply by selling the vehicles of employees while they were at their desks. He had pulled off a real coup during the cold war when he got the entire country of Bulgaria to defect at the same time. The man was a legend in the intelligence community to the point where artist depictions of him often gave him six arms and laser beams coming out of his eyes.

Was he onto Buck Justermanson? Buck pulled a magic 8-ball out of the bottom drawer of his desk. Clearing his mind, he asked the question, “What do I do about Ahem?”. The answer slowly floated to the top.

He threw the sphere to the floor. That was useless! Without a good answer from his custom magic 8-ball, his hands were tied and his feet were sweaty and malodorous. Buck reviewed his options:

He could kill Ahem; however, it would be a difficult task. Ahem not only had a food taster, but had a layer of Kevlar surgically implanted underneath his skin. If Buck tried to have him beaten to death, it could backfire on him: Ahem was still a master at martial arts; in fact, just a few years ago, on Ahem’s sixtieth birthday, the man broke the neck of a puma that he claimed had eaten his corn dog.

He could simply run. Everything was in motion at this point and it would take an act of God to reverse it. He could go to Cuba, Argentina, Suriname, China or Pakistan. He was a wealthy man and could write his own ticket. Of course, that ticket wouldn’t valid, but he could use his great wealth to buy a ticket. On reflection, it seemed to be a good idea, except for the fact that something could still go wrong. Ms. Huterhaven was still free. The amulet was still in two pieces and useless. His connections at the agency might prove invaluable.

He could frame Ahem and get him arrested; then, he’d be out of the way and they’d already have a suspect once Oskar Moosehead put his plan into action. Framing such a great man would take some work; but, Buck wasn’t afraid of work as long as he got off by five or got comp time. He did have an eight by ten glossy of Ahem arguing politics with a monkfish. He could easily build a case around that. Buck stood up and retrieved the magic 8-ball. “Well?”, he asked aloud; then, he turned the ball over and waited. The answer floated to the top:

FRAME HIM. WHY TAKE ANY CHANCES?

So, the plastic novelty was in agreement with Buck. Certainly he had taken on projects with less than that. Now, it was just a matter of building a case, quickly, against his old friend. Was it worth losing his soul just for more money than he’d every even imagined?

As he reflected upon that question, Buck blew his nose into a fan of ten dollar bills and threw the snotty wad into the trash…