This is a text widget, which allows you to add text or HTML to your sidebar. You can use them to display text, links, images, HTML, or a combination of these. Edit them in the Widget section of the Customizer.
Posted on November 3, 2020 by masercot

Kossov had placed the locket into the hollow tree and was hiding behind a bush to see what happened next. Not the first bush he saw… actually, the first row of bushes were taken. There were jealous husbands and jealous wives watching those husbands from other bushes. Behind two of the bushes were graduate students working on a project involving Hollow-Tree Communications and Folklore of the Andes. Behind one of the bushes, there seemed to be some sort of loud tryst going on…

From the darkness, a Datsun pulled up, engine already off, partly because it was quieter and partly because, as a Datsun, that was pretty much its normal state. A figure in a mask stepped out of the car and waited. A box truck pulled up a few minutes later and the masked figure took some packages from the men in the truck and then good-naturedly shot them all dead. Suddenly, Kossov felt someone touch his shoulder!

He gasped and turned and was face to face with a carrier penguin, holding a message in its beak. “For me?”, the Russian asked. The bird rolled its eyes. Kossov Dith took the message. The bird waited silently for a moment and then slowly walked away.

It is entirely possible that a murder or murders will be committed tonight where you are. Please do your best to stop them. If the murders have already happened, then forget I said anything and… great job! It is imperative that you leave the hollow-tree viewing area and meet me at The Dyslexic’s Bra and Girl at 29 East Northwest Street. I’ll be at the bar; or, if you take too long, on the floor next to the bar.

The tail-lights of the Datsun were disappearing over the hill. Kossov turned to the woman next to him. “Thanks for letting me share the bush. I hope you manage to work things out with your husband”

The tavern was warm, loud and inviting. There were several wooden tables throughout, 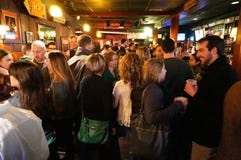 and a bar that spanned two walls. A large bald mustached bartender stood drying shot glasses. Very nearly across the bar from him was Goober Partridge, holding his signature drink: A Bloody Mojito… a drink so unpleasant that it made many people doubt the existence of God. Despite the noise, Partridge knew exactly when his friend had come through the door. He motioned for Kossov to come over.

The bartender was talking to a very drunk man in a red cap, “I can’t serve you, pal: You’re too drunk”. The man in the cap staggered away from the bar and out the door, leaving a spot to Partridge’s right. Kossov sat…

“Can I buy you a drink, my friend? Perhaps”, he held up his empty glass, “One of these?”

The bartender grunted, “We ain’t got no red wine. Closest we’ve got is white wine and tomato juice”

“Do you have water?”

The bartender belched through his mustache, “I’ll check on that”

When the bartender had left, Kossov took his friend by the hands and exclaimed, “There WAS a murder at the hollow-tree”

Partridge took an ice cube into his mouth, “I’d expected as much. I’d have gotten a message out to you sooner, but I was doing a crossword puzzle and couldn’t figure out a five letter word for ‘tiny voracious mammal’”

“Gesundheit! Did you get a good look at the killer?”

The bartender plunked a glass of ice water in front of the Russian doctor. Suddenly, a very 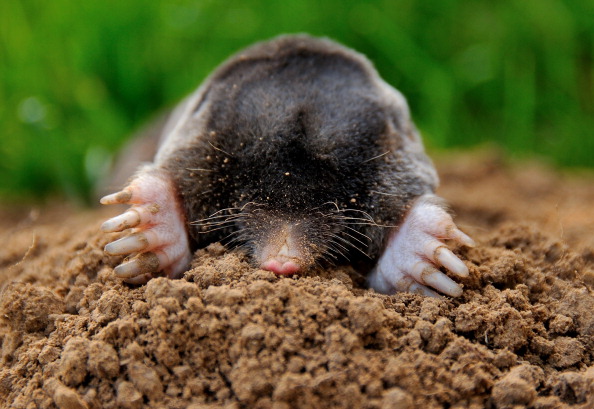 depressed-looking man sat next to Kossov and ordered a beer. The Russian looked at the man for a moment, then asked, “Why are you so depressed, my friend?”

Before he could answer, a small rodent with tiny eyes climbed onto the bar and demanded, “Are you talking about me? Where have you been and what have you been doing?”

The man told Kossov, “I’m just a little anxious because tomorrow I’m having a doctor look at my suspicious mole”

Partridge tapped his friend on the shoulder, “Hey. I’m trying to talk with you about the case and you insert yourself into the nearest joke”

“I’m sorry”, Kossov replied, “The killer was short and slight… I could see that even from where I was hiding–”

“Very distinguished. You must be a professor or something. You look smart”, continued the ice water. Partridge grabbed the glass and called out to the barkeep,

“Get him another ice water”. The bartender nodded. Partridge said, “That’s really annoying”

“It’s happy hour and the first drink is complimentary”

“Can we go someplace else?”, Kossov Dith asked his friend.

The bartender put another ice water in front of the doctor. The drunk in the red cap walked up to the bar again, leaning heavily on both Partridge and Kossove. “You’re too drunk for me to serve”, growled the bartender, “Get lost!”

The drunk wandered out the door again.

Kossov added, “The killer’s car was small and Japanese, I think. The odd thing is, although the killer was wearing gloves, it almost looked as if there were no fingers”

“No fingers”, said the great detective, “No fingerprints. Brilliant! Like that jewel thief that cut his own head off so no one could identify his face. He’s still at large, you know…”

The two noticed someone at the entrance. There was a “No Pets” sign at the door and an older man was holding a small cat. He looked side to side, then stashed the animal in his pants. “Oh God!”, said Partridge, “Get ANYONE else to sit next to you, Kossov, now!”

The doctor looked around, panicked, “Young lady, would you like to sit next to me?” A pretty young coed shrugged and sat next to the doctor. The old man sat next to the girl. He was shifting nervously as the bartender brought the young woman her food order. He looked both ways and then unzipped his pants to let the cat stick its head out.

The woman reacted nervously. She said to Kossov, “The man has his penis out”

“Umm, I’m sure you’ve seen a penis before”

The girl picked up her food to leave, saying to Kossov, “But, HIS is eating my shrimp”

Goober Partridge slapped two twenties on the counter, “I can’t work like this. We’re leaving, doctor”

The drunk with the red cap staggers up again and the bartender booms, “I keep telling you, you are too drunk to serve. Get lost!”

The drunk says, “Geez! How many bars to d’you work at?”

“Yeah”, said the great detective, “We are definitely leaving”

The bartender exclaimed, “You CAN’T leave now. The live music is about the start”

“Our own twelve-inch pianist”

12 thoughts on “My Mystery, Cha Twelve”