This is a text widget, which allows you to add text or HTML to your sidebar. You can use them to display text, links, images, HTML, or a combination of these. Edit them in the Widget section of the Customizer.
Posted on January 8, 2020January 8, 2020 by masercot

[another excerpt from my book]

Until recently, no one knew how the numbers came to be.  Archaeologists assumed that all numbers were discovered at the same time, but that begged the question, “where did they keep them?”. Numbers have been found in a cave in the Holy Land, along with two books of the Talmud and an egg and baloney sandwich. Scientists wanted to go back in time to determine when the first numbers were created and when early man started to use the “555” prefix for a fake phone number…

Lately, with new evidence, and a warning that all funding would be cut off if they didn’t come up with something soon, archaeologists might have pin-pointed the evolution of numbers.  They’ve traced it back to a hundred thousand years ago when a cro-magnon man wanted to count a buffalo but realized that he didn’t have the numbers to pull that off.  After much thought, he invented the number “one”, and with that utterance became the foremost mathematician of his time.

Eventually, there would be an entire army of elite thinkers who could count to one.  Those who couldn’t were given menial unskilled labor like foraging, hauling and teaching social studies.  If you saw a buffalo out on the plains and asked an early thinker how many there were, he would reply, “One”.  If you pointed at a second buffalo and asked what the other one was, the reply would be “Another one”.  We, as a species, had a single number and we were happy for about a thousand years.

But, as with any system of thought, there were those who had to ask questions.  They

were uncomfortable with the idea of there being just one number.  Expressions like “Fool me once, shame on you; fool me once, shame on YOU” and “Once is not enough but it is apparently all we have” made thinkers of the time uneasy.  They postulated a number greater than one and could even predict some of its attributes:  It would take longer to count to than one.  It would be far less lonely than one although it could be as bad as one.  It would be larger than the number one; and, it would probably react explosively when exposed to fluorine gas.

Ultimately, the invention of two became a godsend… not just for counting buffalo, but also for parents of twins who, up until two was invented, had to pretend their children were a single person who could be in two places at once… until one was trodden on by a mammoth.  Then, order was restored.  The big problem was that two was theoretical and you couldn’t really prove its existence unless you dropped it on your foot.  A large faction contended that, for two to exist, it would have to be such that light would not be able to leave its surface.

Two was ultimately accepted as “proven” when a neanderthal fired a beam of cesium ions at a vat of liquid nitrogen and refused to stop doing it until everyone agreed that two was valid. And, with a second number came simple math… and, with simple math came math anxiety. Cave paintings are rife with depictions of early man vomiting before and after math finals. 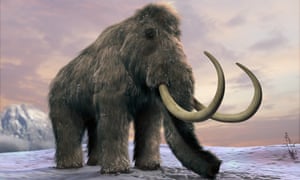 celebrities were dying and not in ones or twos. It’s hard to relate as modern people with a full set of numbers and our neanderthal celebrities like Sylvester Stallone and Ted Danson still breathing; but, early man, without the number three, never knew when their celebrates would stop dying. Caveman scientists got together and agreed on adopting a new number, three; also, they demoted the tomato to a fruit and the great taste of Dr. Pepper to the mediocre taste of Mr. Pibb.

Three proved to be invaluable: Not only did celebrities die in threes but the number seemed perfect for other groups who also congregated in threes: Musketeers, stooges, amigos and caballeros (the gay ones).

But, four, originally marketed at “deluxe three” was a bust and its inventor died penniless… due primarily to the lack of enthusiasm for the new number but also due to the fact that copper had yet to be smelted in any appreciable quantities. Don’t believe me? Ask yourself what four has ever done for you. Nothing, right? That’s because four only looks out for four…

But, four’s amoral and self-obsessed nature aside, it also proved inadequate for counting “piggies”. Certainly one went to the market, or in this case a crude trading post comprised of lean-tos made of mammoth bones and tiger gut. One stayed home presumably to go to the market another time. No piggie had roast beef, so the piggie that had none was in exactly the same boat. And, this counting of children’s toes was early man’s first attempt at abstract anthropomorphized metaphor, although early man pronounced it “simile”. So, five was hastily thrown together, christened with a half bottle of brandy and sent out to sea.

When five came back, it found that civilization had not stood still waiting for it. Someone

had tied two threes together and fashioned a six. The pair of threes were tied together with tiger gut, which was surprisingly useful… although more so for the tiger. And, six was able to do the work of any five and still have something left over to count a buffalo, which was still a thing.

Next came eight, discovered while trying to find a western sea route to India. That always confuses me because why would you go all the way to India for curry and cricket matches when you could just go to London? Seven had yet to be discovered but in the number line, there was a space for it and mathematicians could even predict some of its properties: They knew it was less than eight and greater than six and they were pretty sure that it would react explosively with the number two. When seven was finally discovered, it had a lot of explaining to do…

Finally, came the number nine, created by vulcanizing a four; it was the last of the ancient numbers because no one felt they’d need to go any higher. The philosophy was, if you have nine of something, you probably have too many of them. That does apply to things like children, cold sores, facial moles, mottoes and planets. When the prehistoric world became the ancient world, man could once again add new numbers… often in bulk. Some of those numbers were irrational. Others calmed down quickly after being slapped.

Science had reared its head…

24 thoughts on “How Numbers Came to Be”