This is a text widget, which allows you to add text or HTML to your sidebar. You can use them to display text, links, images, HTML, or a combination of these. Edit them in the Widget section of the Customizer.
Posted on April 28, 2020April 28, 2020 by masercot 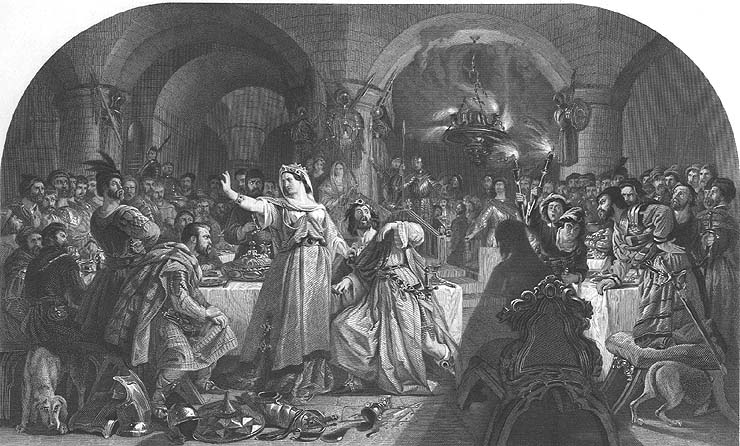 Lady Macbeth’s real name was Gruoch… an ugly name to be sure, but is it any uglier than “Edith”?

After Macbeth died, he was succeeded by his step son, Lulach the Idiot: A name that inspired confidence in everyone who opposed him.

It is considered bad luck to say “Macbeth” in a theater… performers call it, instead, “That Scottish Play”. Yes, in addition to having an uncountable number of crippling neuroses, actors are also superstitious.

During a nineteenth century performance of Macbeth, actor William McGonagall actually refused to die on stage because he felt his costar had stolen his scenes. Rumor has it that many in the audience fell ill due to a lack of closure.

Four of the X-Men from the Marvel movies have played Macbeth… in case you were wondering why the X-Men movies have enough overacting to provide dramatic scenes for a hundred movies. Patrick Stewart was acting so vigorously in a scene with Ian McClellan that he burst a blood vessel in his eye…

Macbeth is one of Shakespeare’s shortest plays… nearly half the length of Hamlet…. yet, the two plays run about the same time. This is because directors tend to hire auctioneers to play Hamlet and Queen Gertrude.

In the play, Macbeth meets his fate pretty quickly after the murder; however, historical Macbeth actually ruled for seventeen years. Modern playwrights address this by adding the line, “Boy did THOSE seventeen years pass quickly”, just before the final battle.

Spoiler alert: Early in the play, three witches tell you EVERYTHING THAT IS GOING TO HAPPEN IN THE PLAY. This is the first instance of the person who spoils the surprise literally being a part of the play.

Macbeth was the first king to make a pilgrimage to Rome. He was disappointed not to find any pilgrims.

Although the play shows Macbeth murdering Duncan in bed, he actually killed King Duncan on the battlefield. Duncan just happened to be in bed at the time…

19 thoughts on “I Spot You Some Fun Facts about Macbeth”