This is a text widget, which allows you to add text or HTML to your sidebar. You can use them to display text, links, images, HTML, or a combination of these. Edit them in the Widget section of the Customizer.
Posted on May 21, 2020May 21, 2020 by masercot 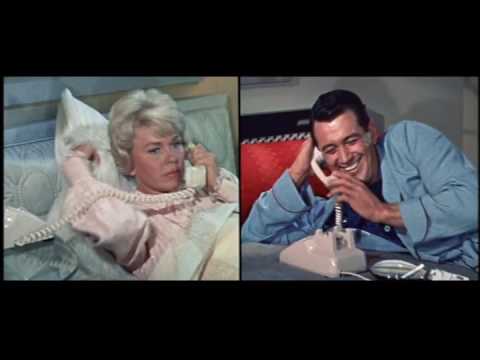 1960’s sex comedies were light-hearted and sometimes even wacky movies that had literally no sex in them.

Doris Day starred in several of these comedies… often with Rock Hudson, who later turned out to be a homosexual. I feel that it created a sort of sexual tension that you wouldn’t get with two heterosexual actors.

James Garner was also in several 1960’s sex comedies. You may know him as Jim Rockford from The Rockford Files… or, my younger readers might know James Garner as that guy who died before they were born.

Double entendre was a mainstay of these movies. Talking so vaguely that the listener would think the discussion was about sex… BUT IT WASN’T. That was so hot…

Sometimes, as with Connie Francis and Doris Day, one of the stars also sang the opening credits number. This just goes to show you that stuff like this happens.

The plot to these movies usually involves a single working woman and a man that she instantly hates… with a passion… more deeply that I can recall ever hating someone; then, they get married. In real life, this order is reversed.

The movies were full of wacky misunderstandings most notable of which was the expectation the viewer had that sex would happen at some time during these sex comedies.

The few times characters DID have sex in these movies, if was after they’d, unbeknownst to them, gotten married somehow. This is because, if the baby were ever shown, they wouldn’t know what last name to put in the credits.

The best 1960’s sex comedy was Pillow Talk, about a woman who is tricked by a man into believing he is a Texan and not a lecherous song-writer; and, when she finds out, she hates him and wants to kill him until he proposes because proposing to an angry woman in the sixties was like a cross to a vampire. Fifty years later, when you propose to a woman who hates your guts, you get a restraining order…