This is a text widget, which allows you to add text or HTML to your sidebar. You can use them to display text, links, images, HTML, or a combination of these. Edit them in the Widget section of the Customizer.
Posted on August 28, 2020 by masercot 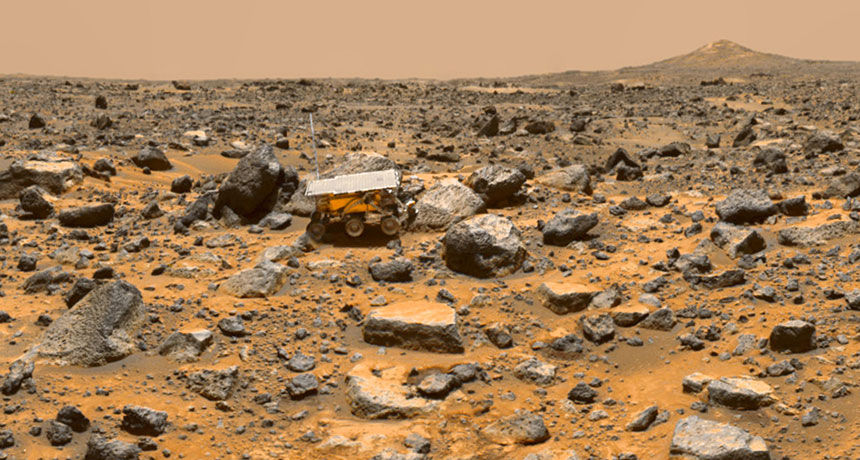 Scientists theorize that Mars once looked a lot like the Earth, with liquid oceans on its surface and a thicker atmosphere; but, it lost all that by being conceited.

Mars still has water at its poles in the form of ice, indicating that Santa Claus might live there part of the year. This theory is explained in great detail in the movie Santa Claus Conquers the Martians.

Mars has planet-wide dust storms, so if there is life on Mars, we know they don’t wear contact lenses.

The highest mountain in the solar system is on Mars: Olympus Mons. That is where the new Tom Cruise Mission: Impossible movie will be set because Tom Cruse has run out of things to climb on Earth.

Mars has two moons: Deimos and Phobos. In forty million years, Phobos will be torn apart by Mars’ gravity. The look on its face will be PRICELESS.

More spacecraft have gone to Mars than any other planet in our solar system. With the possibility of seeing Tom Cruise or Santa Claus, can you blame them?

Parts of Mars have impacted the Earth as meteorites. Yes, Mars is so bleak that even the rocks are leaving.

One of the most accurate movies that is set on Mars is Matt Damon’s The Martian, which postulates that an astronaut can survive on Mars despite not having a neck.

The planet Mars was named after the Roman god of war because Mars is red and there is no god of menstruation.

If you stood on the surface of Mars without a space suit, you’d die almost immediately; but, you’d look like a total bad-ass doing it.