This is a text widget, which allows you to add text or HTML to your sidebar. You can use them to display text, links, images, HTML, or a combination of these. Edit them in the Widget section of the Customizer.
Posted on March 10, 2021 by masercot 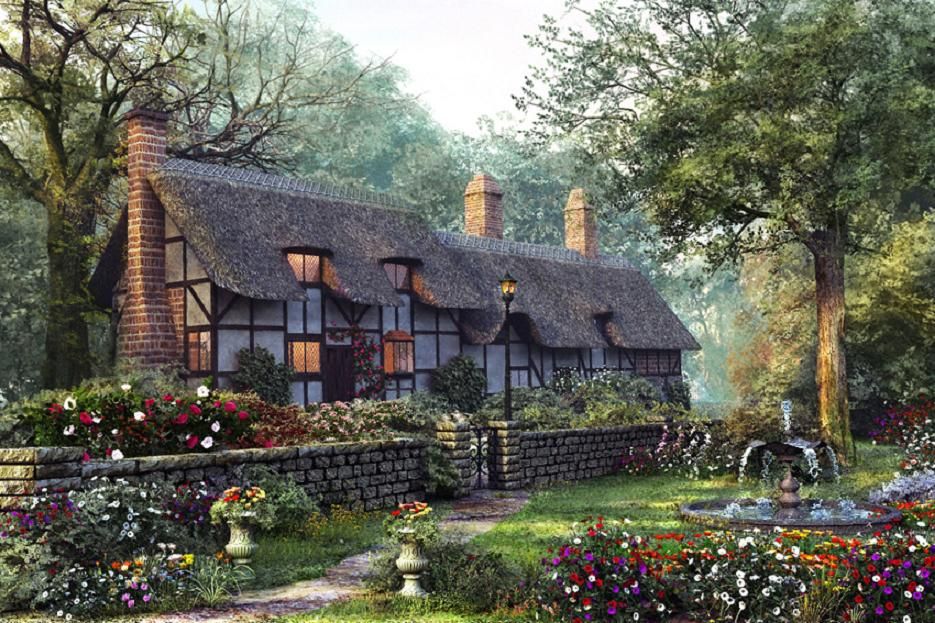 “It’s a lovely cottage”, said Kossov Dith, “I like the yellow roses”

Goober Partridge surveyed the quaint little house. It had roses, a picket fence and cartoon bunnies playing just out of the corner of one’s eye. “Here’s a woman”, Partridge said, “Who lives a small life”, he put a hand to his friend’s chest, “Mind you, when you see her, don’t overreact”

“You’ll know it when you see it”

“Why did you say that?”, the doctor complained, “Now, if I don’t overreact right away, I’ll spend the rest of the time wondering if I haven’t seen what I was supposed to overreact to”

The great detective smiled, “Maybe that’s why I said it”

The doctor knocked on the quaint little door. There was the sound of movement, then a middle-aged blonde woman answered the door. She looked at the two men and then smiled. “You’re that detective that’s in town. Everyone’s talking about you”

Partridge smiled modestly, “And, this is my associate, Dr. Kossov Dith”. The librarian held out a hand to Dith. On that hand were five toes neatly grafted where the fingers should’ve been. The doctor noticed shortly after taking that hand. When he saw, he let go of it as if it were a rattlesnake dipped in cholera and diplomatically cried out, “Oh GOD! That is the most horribly grotesque thing I’ve ever seen!”

The librarians look at him confused, “I beg your pardon?”

“Why don’t you boys come in?”, said the librarian. The living room, early American in 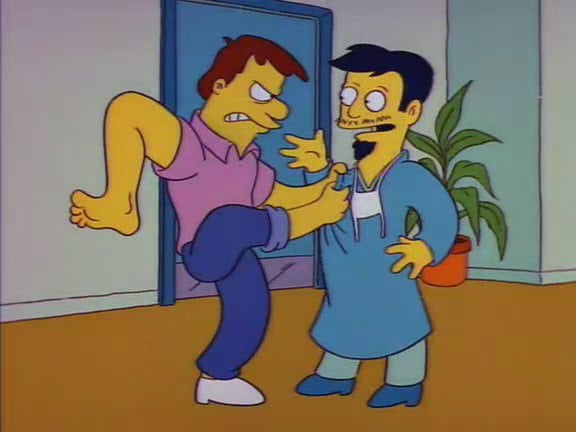 design, was set with coffee service and a nice crumb cake on the quaint little table. On the walls, the detective noticed some Rodney King commemorative plates. The two men moved past her; she reached out to lightly guide the doctor who pulled away in horror. But, he covered it by saying, “Yep, can’t wait to get to that cake!”

The two men sat on one side of the little table and the librarian took a chair facing them. With her right toe-hand, she poured coffee. Goober Partridge gratefully took his and sipped it for a moment, waiting for everyone to settle. The doctor took his coffee almost grudgingly. “Sugar cube, doctor?”, asked the librarian with the sugar cube between her toes.

“Oh!”, the librarian said suddenly, “I forgot to get a lemon”

“No, just in case we need one”, she got up and went to the kitchen, “Won’t be a minute”

When she’d left the room, Kossov leaned into his friend and asked, “So, the toes for

fingers is what you were worried about me overreacting to, right?”

Partridge shook his head. “My God”, whispered the doctor, “Can’t you just tell me what–”

“Lemon’s here!”, the librarian announced. She put it on the coffee table next to the cake.

“Capital!”, said the great detective, “But, we don’t want to waste your time. We just wanted to ask about the events of last night”

“You mean the hole in the floor with the squirrels?”

“Yes. How did you come to be spending the night there?”

The librarian put a toe to the side of her head and thought for a moment. “I was walking the grounds after delivering a book to the Lord of the Manor… when someone pushed me inside the jerky-making shack. By the time someone found me, I was weak and dehydrated and could fit in jeans I hadn’t worn since high school”

“So, someone wanted you to stay the night there… interesting”

The librarian noticed the doctor and asked, “Would you like some cake, Dr. Dith?”

“I’ll cut it myself”, the Russian said, snatching the knife by the blade.

“Might I ask you a question, Madam, if you don’t mind?”, asked the great detective.

“How did you lose all ten of your fingers?”

“Ah”, the lady cleared her throat, “Well, five of them were cut off in a brawl over an overdue copy of Black Beauty and the Runaway Horse. Bad business that! After breaking the man’s back with my bare hands, I drove myself to the hospital. The doctor told me he wanted to graft my toes onto my hand and it really seemed important to him. When the anesthesia wore off, I saw he’d replaced the fingers of the good hand and simply sewn up the other hand” 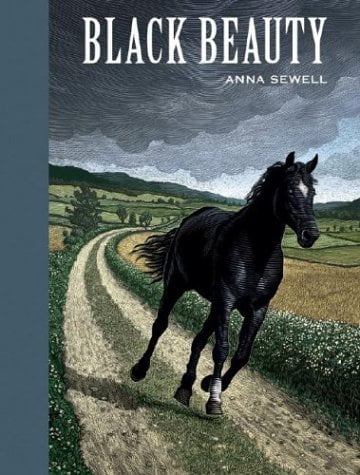 “I, and everyone else in the room, explained his mistake to him so he offered to use the toes on the other foot to replace the fingers I’d lost”

Kossov Dith inquired, “Couldn’t he sew the old fingers back on?”

“I asked him that, but he’s like me when I’m in the kitchen… he sees a mess and its straight into the bin with it”

“Confidentially, it hasn’t been all bad”, she told the two men, “I entered a costume contest last year and won first place… as a duck. See?” She took off her slippers and there were two feet that looked as much like duck feet as any you might find in a duck-foot store. “The doctor added the webbing… not on purpose of course”

The Russian doctor bolted from the couch and fled the cottage. “There is no GOD!”, he screamed in despair.

“His father was killed by a lemon… a bag of them, actually”, Partridge explained, “I can’t imagine how he manages to get out of bed each morning” The librarian gave the detective a look of sympathy. As he got up, he said, “I suppose I’d better follow him if only to keep him from knocking over trash cans. Besides, we have to be at the reading of a will, today”

“Really? What connection do you have to Cadd?”

“No connection”, laughed the librarian, “They checked out a book two weeks ago, so I’m stopping by to pick it up. Better than waiting for one of those god-awful penguins”

“How to Forge a Will, by Sammy Davis Jr.”

“And, where were you when Snakeford Cadd was murdered?”

“I was here at home, reading”

“Any witnesses that can back that up?”

“Yes. The lemons… they’ll vouch for me”

“Well, tell them not to leave town, then”, Goober Partridge said, smiling to himself.

Suddenly, this case had remained just as interesting as it had always been… and more.

9 thoughts on “My Mystery: Cha Fourteen”