This is a text widget, which allows you to add text or HTML to your sidebar. You can use them to display text, links, images, HTML, or a combination of these. Edit them in the Widget section of the Customizer.
Posted on October 25, 2019October 25, 2019 by masercot 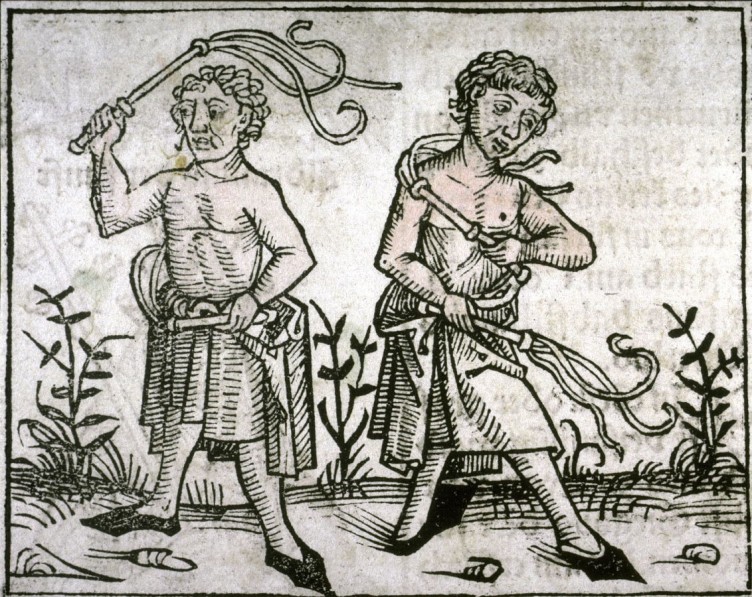 If your teenage daughter is cutting herself, remember that it can be a sign of unaddressed depression; or, maybe an unconscious desire to become a surgeon.  If her room has Marilyn Manson and Cradle of Filth posters, it is probably depression; if her room is decorated with unicorns and smiley faces, steer her towards the hard sciences.

There are degrees of masochism.  On the low side are digging nails into one’s own palm or watching an Adam Sandler movie; on the harsher side of the scale would be brutal beatings, suffocation and watching ALL of Adam Sandler’s movies.

A sadist and a masochist often will agree on a “safe word” that will stop the action when things get too intense.  The sadist, being a sadist, will often secretly change that safe word and the masochist, being a masochist, won’t mind very much…

Many people (I’m looking at you, Great Britain) enjoy being spanked.  Psychologists think that this may be due to a low self-esteem or because the subject did a lot of bad things as a child that he got away with and now wants closure.

The word “masochism” is derived from the name Leopold von Sacher-Masoch, who enjoyed being beaten by women in furs who splashed perfume on him.  Another term for this is “being raised by Joan Crawford”.

Masochism often involves humiliation such as having one’s head put in the toilet or supporting Donald Trump after he contended that your father killed President Kennedy.

A masochist who keeps pain-killers in his home is unclear on the concept of masochism.

Some masochists enjoy being stepped on.  Ironically, the name of many of those people is “Matt”.

7 thoughts on “Painful Realizations about Masochism”