This is a text widget, which allows you to add text or HTML to your sidebar. You can use them to display text, links, images, HTML, or a combination of these. Edit them in the Widget section of the Customizer.
Posted on March 23, 2020March 23, 2020 by masercot 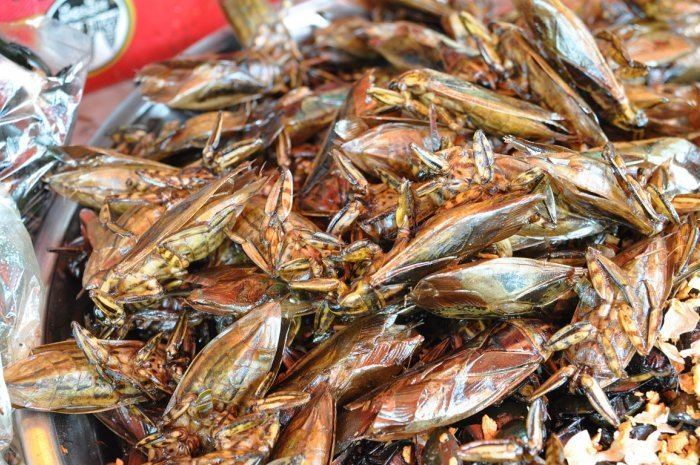 Aguachile: This dish is shrimp and other seafood “cooked” in a mixture of lime juice and chilies. And, “cooked” in this case means “marinated in lime juice and left raw”. Using acids like lime juice to cook something is ridiculous. I tried it once and they were the worst biscuits I ever made…

Chahuis: Chahuis are beetle larvae fried crisp and eaten on a tortilla… usually before your gag reflex has the chance to kick in. And, the caveat is, cook them well or they will have a bitter taste… as if anyone is actually letting it touch their tongue…

Chapulines: Grasshoppers, fried on a hot pan and seasoned with caterpillar extract. It is obviously the work of a male who went from grossing out his sister to growing up and grossing out every SISTER IN THE WORLD…

Escamol: These are ant eggs. They are fried and eaten. They have a nutty flavor and the texture of cottage cheese. This is for people who enjoy cottage cheese, but wish it tasted more like nuts.

Curtido: Nearly every culture has a fermented cabbage relish that smells like the bin behind an army medical tent. Mexico is no different. It is traditionally served along side pupusas, a popular bread; or, used to keep mountain lions from coming into your backyard.

Corn smut: A fungus that grows on corn. It has a delightful mushroomy flavor. And, what is more appetizing than what is essentially a corn tumor?

Jumiles: Stink bugs, mashed into a paste into a salsa. They have a delightful cinnamon smell and a strong iodine flavor that will make you rethink your philosophy of “trying anything once”.

Menudo: Boy-band or big steaming pot of hominey and entrails? You decide. Some say this dish cures alcoholism. Science has determined that it is zero percent effective in curing alcoholism, which makes it cheaper and more effective than rehab.

Pejelagarto: Whereas, gar is not normally eaten by civilized people, in the region of Tabasco, pejelagarto is cooked with peppers and spices specifically chosen to make you forget that you are eating gar.

Romeritos: Delicate sprigs of seep weed, cooked in a mole sauce and mixed with shrimp jerky. Voted “Most Terrifying Dish in South America” six years in a row.

24 thoughts on “Horrifying Mexican Foods, or Why We are Building a Wall”