This is a text widget, which allows you to add text or HTML to your sidebar. You can use them to display text, links, images, HTML, or a combination of these. Edit them in the Widget section of the Customizer.
Posted on July 21, 2020July 21, 2020 by masercot 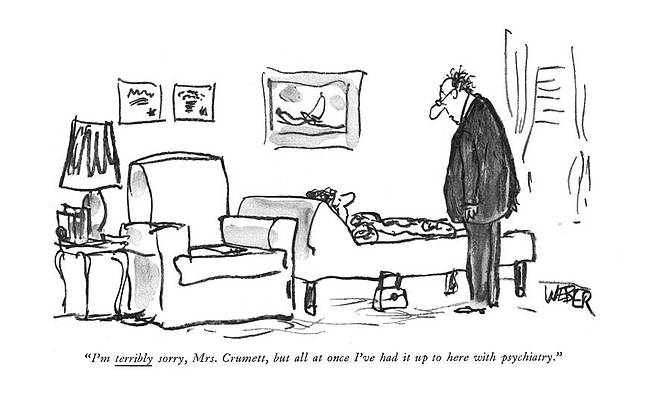 A man walks into a psychiatrist’s office and says, “My elderly grandmother thinks she’s Superman”

The doctor says, “Why don’t you bring her in?”

And, the man replies, “She keeps flying away”

A woman walks into a psychiatrist’s office and says, “My husband thinks he’s a zebra”

The doctor replies, “Bring him in, I can probably fix him”

The woman says, “No way, he is essential to the savanna’s ecosystem”

“How long have you felt this way?”

“Doctor, I keep getting the feeling that someone’s following me”

Picks up phone, “Hold all my calls and tell anyone who shows up in the lobby that he’ll be out in about an hour”

A woman walks into a psychiatrist’s office and says, “My husband thinks he’s a cat”

The doctor motions for her to sit down. “That’s awful. I’d imagine the worst part is seeing someone you love descend into madness”

The woman replies, “No, the worst part is cleaning the litter box”

“Doctor, I know it’s weird, but I feel like snakes are growing out of the top of my head. Can you recommend something?”

“Is it affecting your job?”

“I’m afraid you have bipolar disorder”

“Oh, that’s okay. I can get through it. I’m pretty optimistic about that”

“I have to diagnose you as having delusions of grandeur”

“Doctor, you’ve got to help me. My wife thinks that she’s invisible”

“She’s right beside me…”